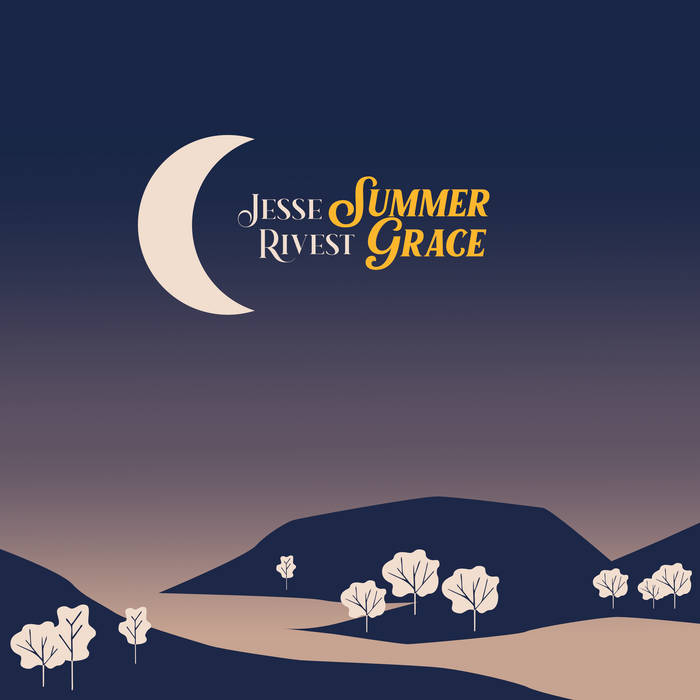 Here's another song I wrote while living in Wellington, New Zealand. I was specifically living in Island Bay in a house up the hillside; I would sit out on the deck and close my eyes to the great view and imagine a scene set in the Okanagan Valley in Canada. I think this story was a longing for home and its summer, with a bit of romance thrown in for good measure. I recorded a demo of it on a little recorder and gave it to my friend Kyle te Kiwi, but that was as far as I went with it.
I think he liked it; I think I liked it, too. I have always performed it since; it just never made it to an official recording. Until now.

After I improved the acoustics a bit in my Little Bakery Studio, I played with the idea of recording a double-tracked performance of the song; just me and the guitar. However, I couldn't do the second take while listening to the first take—too distracting and unnatural to play along with! So, I just played the second take blindly to the click track.
I was impressed with how similar the two takes were—it was clear that my body had muscle memory of playing and singing this song. It was good enough for me; this would be the base of the song. From there I added some bass via piano and some electric guitar in the choruses. Then some Hammond B3, then some percussion. My partner, Jane, gave it a listen and felt it needed a little extra something to accompany me earlier on in the track; I came up with some distant piano counterpoint. That was it! Then some mixing, which took a while.

Like the previously released song, Silent, this song has some grammatical issues which I will mark up to poetic license. I recorded it pretty much as it originally was written; I don't think much changed along the years. I hope you enjoy it.