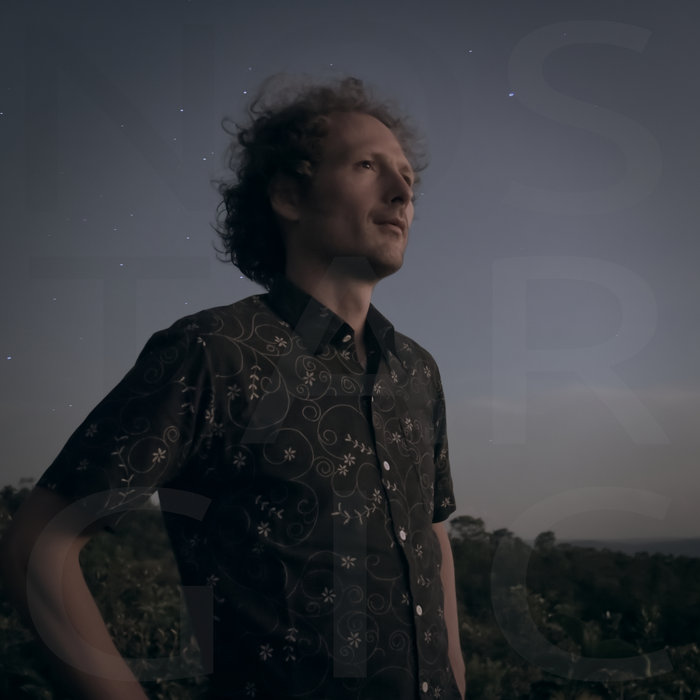 I wrote this song in 2021 as part of my daily songwriting exercises; it appears that I first started it on October 19, to be exact. I called the idea folk minor borrow, probably because of the chords in the harmony that were borrowed from the parallel minor; the idea was in C major but had several chords from C minor acting as subdominants and dominants. The lyrics started to form after I had the musical idea. For years and years I wanted to write a song that combined starlight and nostalgia; I rememember the first time I drew a parallel between the two was during a car ride in New Zealand with Natalie Finnigan, who at the time was singing with me in Wellington. I don't recall if it was our conversation or if my mind simply wandered, but I felt really inspired when I imagined that the stars were burnt out and their light was still reaching us. Memories continue to reach us long after their source moments have passed; starlight takes eons to reach us. It wasn't until after I had sent the mastered track to the distributor that I searched online and confirmed that most of the stars we see are still there; however, it is indisputable that most of them are far enough away to have their light continue to reach us for a long time after they've gone.

As a kid, I was fascinated with campfires and I especially loved waking up early and rekindling a flame from the embers of the night before. I would do this by gathering small kindling or leaves and then by blowing and blowing and blowing until... poof! A new flame. I loved this when I was a kid. I'm not sure how exactly, but this idea made its way into the song, too. I guess blowing at the embers is like trying to keep a memory alive—longer, brighter, stronger. I am a nostalgic person, but I was more so when I was younger. I would stare at the sky and feel a bittersweetness that was undeniably nostalgia. Today, I'm almost too busy to be nostalgic! But it's still in me, and I owe to it for a great deal of my songwriting.

Checking my files, it appears I returned to the song early March 2022 and began producing it. I got more into it when I laid down the electric guitar—I felt I had captured a nice tone with my electric guitar and amp via a ribbon mic and a small-diaghram condenser mic. The vocal take probably came a little later. Later yet, I needed some real drums but realized that I couldn't afford them—a decent (sounding) studio costs money, as does a great drummer! So I decided to try out my fingers on the pads of my controller, using Addictive Drums 2, and although at first I was a little bit in doubt, it became clear that the drums were finished. I didn't quantize them, so the drums have my real human feel behind them. Of course it took many takes and—as often is the case with a real drummer—I had to nudge a few hits here and there.

Bass, on the other hand, did not require a great-sounding studio and I was very much keen to involve my friend Murilo. Murilo gave it a spin at home and then a week later came by to plug in directly to one of my preamps. We were done recording him in less than an hour; I later put his performance through my usual emulation chain of a bass amp and speaker.

That was pretty much it! I added some Hammond B3 on my own using my keyboard controller and an emulation synth I have. And the backing vocals were a quick addition as well at my studio. I decided to take a leap with this song—really for the first time in my life—and invest extra in divulging my work. I hired Auteur Research in Canada to help me push Nostargic out to the masses. So, if you happen to have heard the song on a playlist somewhere, or if you've read about it on a blog, it's because of Auteur.

I hope you enjoy Nostargic; please share it if you do!